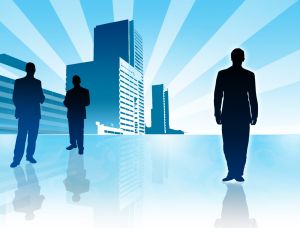 When top technology venture capitalist John Doerr decides which startup company to invest in, he consciously and deliberately chooses white males over women and racial minorities:

“That correlates more with any other success factor that I’ve seen in the world’s greatest entrepreneurs. If you look at Bezos, or [Netscape Communications Corp. founder Marc] Andreessen, [Yahoo Inc. co-founder] David Filo, the founders of Google, they all seem to be white, male, nerds who’ve dropped out of Harvard or Stanford and they absolutely have no social life. So when I see that pattern coming in — which was true of Google — it was very easy to decide to invest.”

However, Sharon Vosmek believes that this is not an “overt” bias, but rather a “hidden” one. It is just how venture capitals work:

Sharon Vosmek, CEO of venture accelerator Astia doesn’t think that VCs have an overt bias against women. Instead, it’s the way the venture-capital industry operates.  Vosmek says that these “systematic or hidden biases” include:

In other industries—and if uttered by someone without a university education—people would call it “sexism”, “racism”, and “ageism”, but not in the technology venture-capital industry. Doerr sees a racial, gender, age “pattern” in which startups are successful, but such “pattern recognition” is misleading when startups led by women, racial minorities, and people over thirty may be unsuccessful because they are discriminated against and denied funding. The pattern may be systemic bias, instead of the inherent superiority of white men (under thirty).

Statistics show that women-led high-tech startups have lower failure rates than those led by men, and that venture-backed companies run by a woman had higher annual revenues than the norm but used less committed capital. However, counterintuitive, abstract statistics are less convincing than intuitive, concrete anecdotes for white men who believe in the unique cleverness and hard-working character of white men.

8 thoughts on “White, male startup companies get funding for being white and male.”