This weekend, April 28-30, people coming to Penguicon in Southfield, Michigan can catch a number of sessions of interest to Geek Feminism readers.

Coraline Ada Ehmke is one of the Guests of Honor (her Penguicon schedule). Ehmke “is a speaker, writer, open source advocate and technologist with over 20 years of experience in developing apps for the web. She works diligently to promote diversity and inclusivity in open source and the tech industry.” She and others are participating in a Women in Tech panel and Q&A on Saturday.

Sumana Harihareswara is another of Penguicon’s Guests of Honor (schedule). That’s me! On Saturday I’ll be conversing with Ehmke about what it could be like if free and open source software were more like fandom, a conversation which will likely include and expand upon some questions I raised here at GF a few years ago.

If you enjoyed the “Sorcerer to the Crown” book club Geek Feminism ran in 2015, you might be interested in a Saturday session I’m leading on themes in Zen Cho’s work.

Penguicon has several other Guests of Honor and there’s a wideranging schedule that includes a bunch of other sessions that could be particularly relevant to geeky feminists, and I’ll mention some here:

Perhaps I’ll see you at the con! Feel free to comment if you’re going to be there and mention any parties or sessions you’re particularly looking forward to.

Attention constant readers! It’s time to choose our next book!

I’ve pre-ordered this final book in the Ancillaryverse trilogy and will be eager to talk about it with other geek feminists starting, probably, on October 7th. Protagonist Breq used to be a starship, connected instantly to multiple bodies, and hasn’t quite gotten used to being singly embodied. I think the first book in the trilogy, Ancillary Justice, integrated fist-punching-related adventure with flashbacks and thinky conversations and interstellar intrigue and music really well. It’s about power and institutions, about the lived difference between true mutual aid and imperialism, and about how to be loyal to imperfect institutions and imperfect people. And explosions.

Ancillary Sword, the middle book, shifted settings to concentrate on one spaceship near one station orbiting one planet, helping us compare societies that are functional, dysfunctional, and broken. Leckie compares othering, oppression, and possibilities for resistance across urban and plantation settings. And I utterly bawled at one character’s soliloquy on the way to her doom, and at tiny hopeful steps of mutual understanding and community empowerment. Also, again, explosions.

Here’s the first chapter of book three, and in case that’s not enough, here’s some fanfic based on books one and two.

The Ancillaryverse is scifi that argues with other scifi; you can see the Radchaai as Borg (ancillaries), or as Federation (per the “root beer” and Eddington/Maquis critiques from Deep Space Nine), and you can see Justice of Toren as literally the ship who sang (see the comments in Leckie’s post here, around the novels’ feminist lineage). I’m looking forward to seeing more of Leckie’s conversation with other speculative fiction, to more critiques, and more explosions. 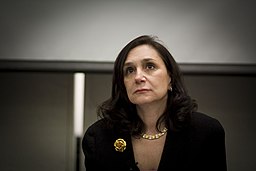 Sherry Turkle and Seymour Papert, “Epistemological Pluralism and the Revaluation of the Concrete”

Sociologist, psychologist, and technology researcher Turkle authored this paper with constructionist education researcher Papert, and reading it gave me new language for thinking about me as a programmer:

Here we address sources of exclusion determined not by rules that keep women out, but by ways of thinking that make them reluctant to join in. Our central thesis is that equal access to even the most basic elements of computation requires an epistemological pluralism, accepting the validity of multiple ways of knowing and thinking….

“Hard thinking” has been used to define logical thinking. And logical thinking has been given a privileged status that can be challenged only by developing a respectful understanding of other styles where logic is seen as a powerful instrument of thought but not as the “law of thought.” In this view, “logic is on tap, not on top.”….

The negotiational and contextual element, which we call bricolage….

Our culture tends to equate soft with feminine and feminine with unscientific and undisciplined. Why use a term, soft, that may begin the discussion of difference with a devaluation? Because to refuse the word would be to accept the devaluation. Soft is a good word for a flexible and nonhierarchical style, open to the experience of a close connection with the object of study. Using it goes along with insisting on negotiation, relationship, and attachment as cognitive virtues….

I appreciated the case studies of programmers and their approaches and frustrations, the frameworks analyzed and suggested (e.g., relational and environmental), and the connections to other feminist researchers such as Carol Gilligan. If you feel like your approach to engineering makes you countercultural, you might like this piece too. Here’s a plain HTML version of the paper, and here’s a PDF of the paper as originally typeset and footnoted.

Sorcerer to the Crown by Zen Cho

Zen Cho, Sorcerer to the Crown

Author Zen Cho’s speculative and historical fiction foregrounds the perspective of women of color, specifically the Malaysian diaspora; she has non-US-centric views on diversity which I find both disorienting and refreshing to read! You can read the first chapter of her first novel, Sorcerer to the Crown, for free online. It’s a fast-moving period fantasy with a bunch of women and people of color. The blurb:

Zacharias Wythe, England’s first African Sorcerer Royal, is contending with attempts to depose him, rumours that he murdered his predecessor, and an alarming decline in England’s magical stocks. But his troubles are multiplied when he encounters runaway orphan Prunella Gentleman, who has just stumbled upon English magic’s greatest discovery in centuries.

I’d love to discuss themes in this feminist Malaysian-British author’s work with other geek feminists. In her postcolonial historical romance novella The Perilous Life of Jade Yeo, her short story collection Spirits Abroad, and in Sorcerer to the Crown, Cho depicts adventurous, mercenary, or blasé women who use, disregard, or otherwise play with expectations of femininity. She illustrates how both mundane and magical institutions use gatekeeping to prop up their own status hierarchies, and how that affects people trying to make their way in. Intersectionality, diaspora and immigration, the culture of British education, and queer relationships also appear in Cho’s stories over and over.

if you read The Perilous Life of Jade Yeo then you might be forewarned of the kind of genre switchup Cho is doing — I definitely see Prunella Gentleman prefigured in Jade Yeo. I particularly like that, in Sorcerer to the Crown, Cho writes in a genre that often has kind of a slow tempo, and moves the speed up so there are more exciting plot developments per page, and adds more Wodehouse-y shenanigans and off-the-rails conversations, without ever sliding into unbelievable-silly-farce-romp or territory. And there’s a spoiler I badly want to talk about with other people of color!

You tell me! Let’s try to wrap up voting by Wednesday October 7th.

We link to a variety of sources, some of which are personal blogs.  If you visit other sites linked herein, we ask that you respect the commenting policy and individual culture of those sites.